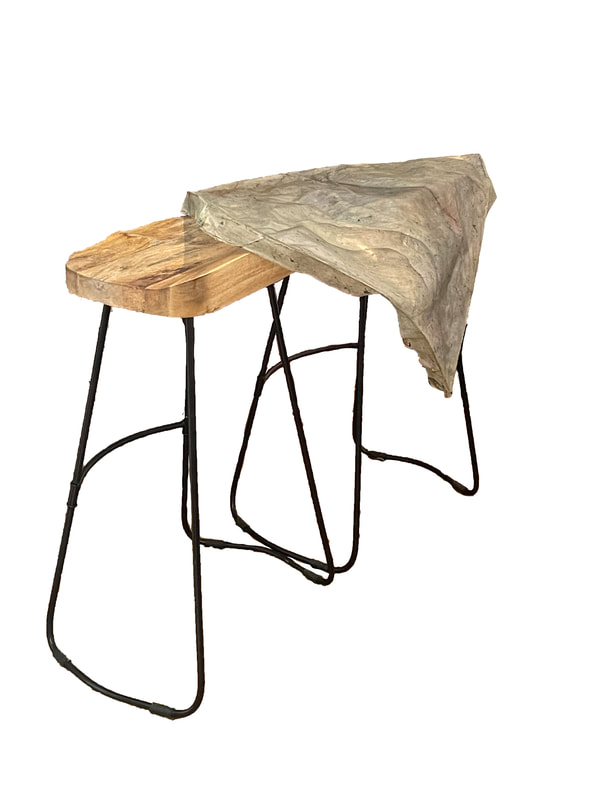 In purpose of reconstructing the realism in our daily life narratives, I broke the firm-form of the 'artwork on wall.' The cubes will do a gentle break, and the melted paintings will drag more drastic oddness to what we are used to.
​

The main material of the PEELs are 'Hanji,' as same as other artworks. The process exactly follows the 2-D/3-D artworks in 'Scene of Senses' series as well, including the numerous stages of soaking, drying, coloring and graphite-drawing in subtle touches. However, the PEELs are finished by the final stage of being peeled-off* from the structure that they were leaning on during the whole process of creating the painting.

By being peeled-off, it gains a new identity. It starts to get a more lively and active role within the living spaces. The form is almost melted, and is reformable, while also relocatable. Expanding the range of where the artwork can stand, the invasion occurs successfully upon the daily experiences we are already used to. 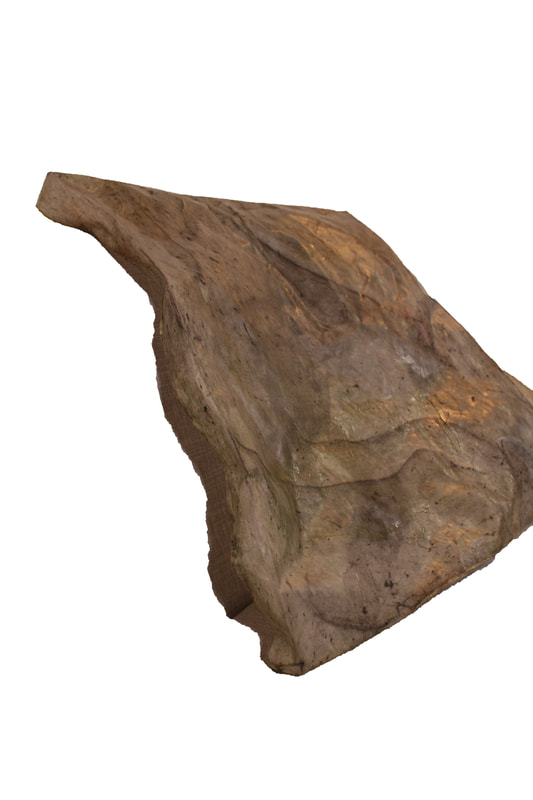 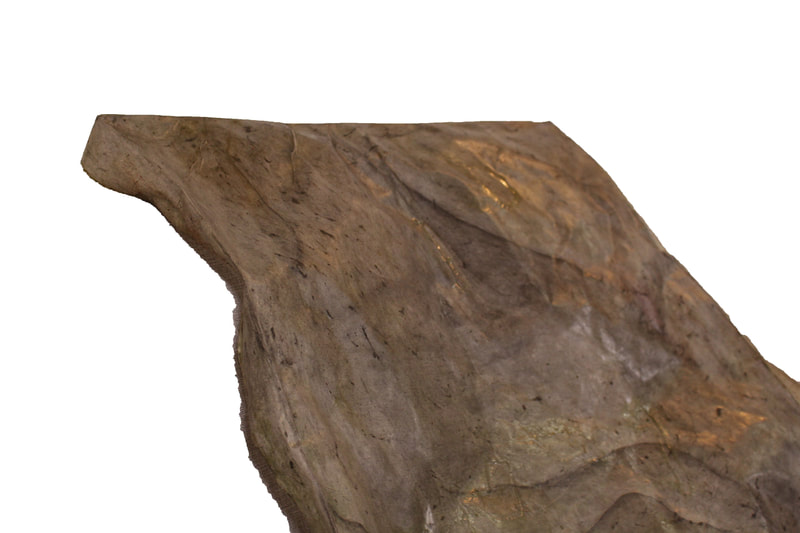 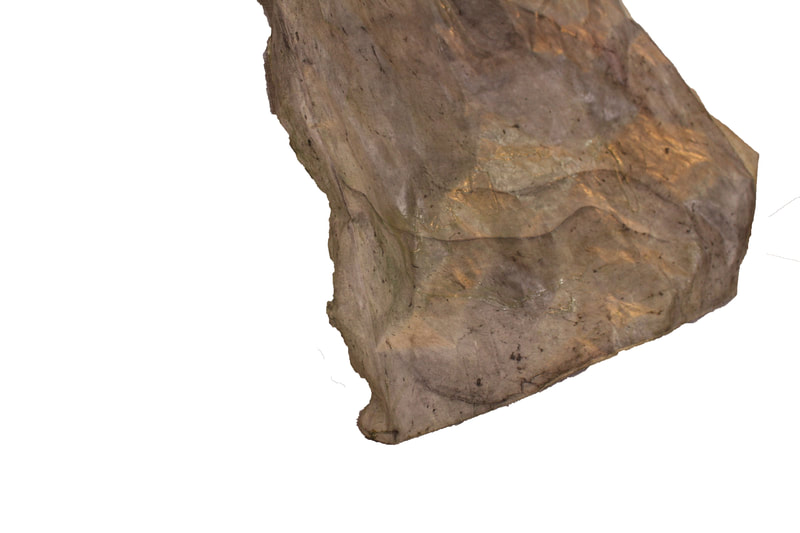 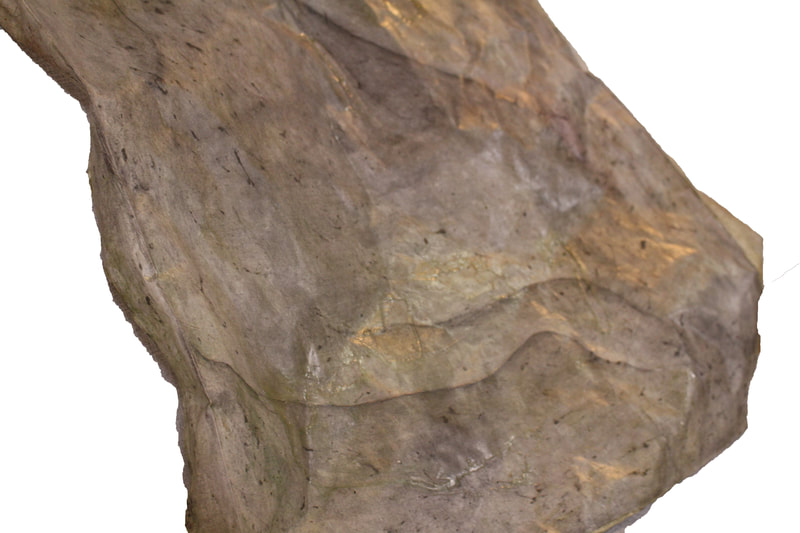 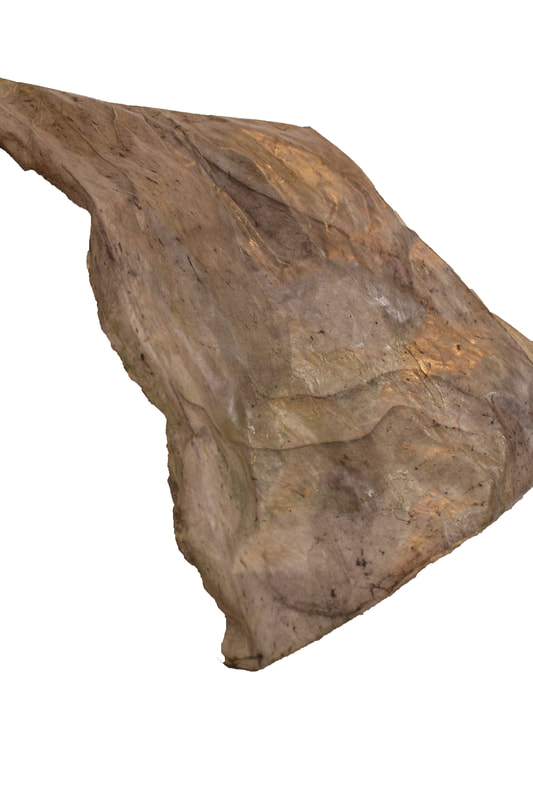 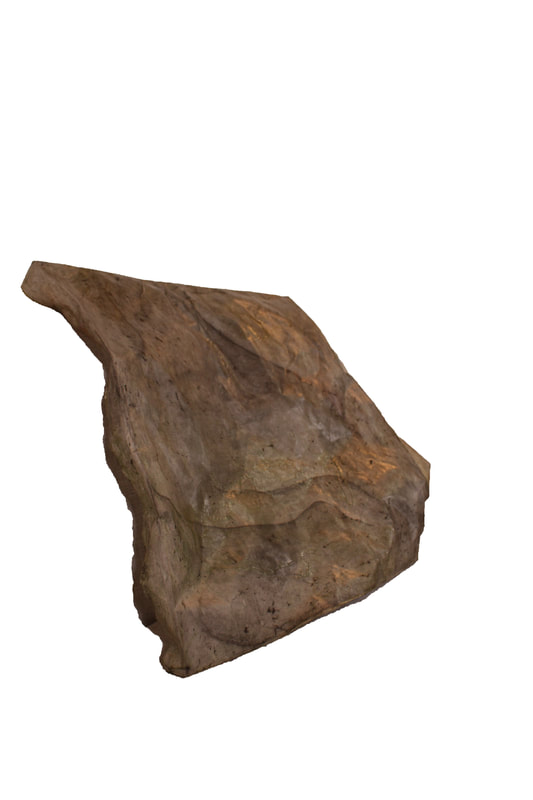 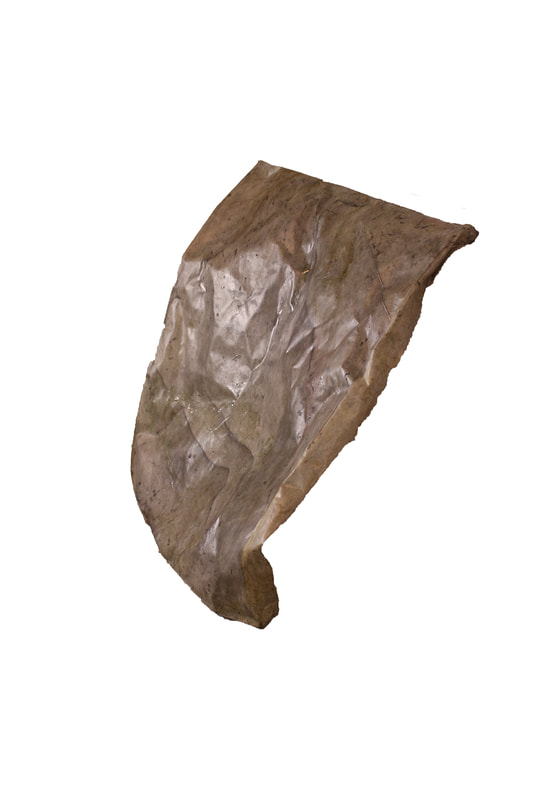 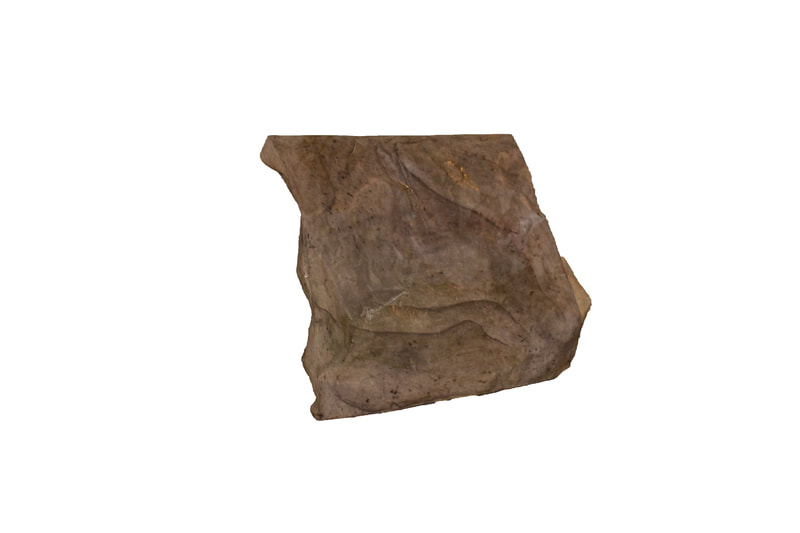 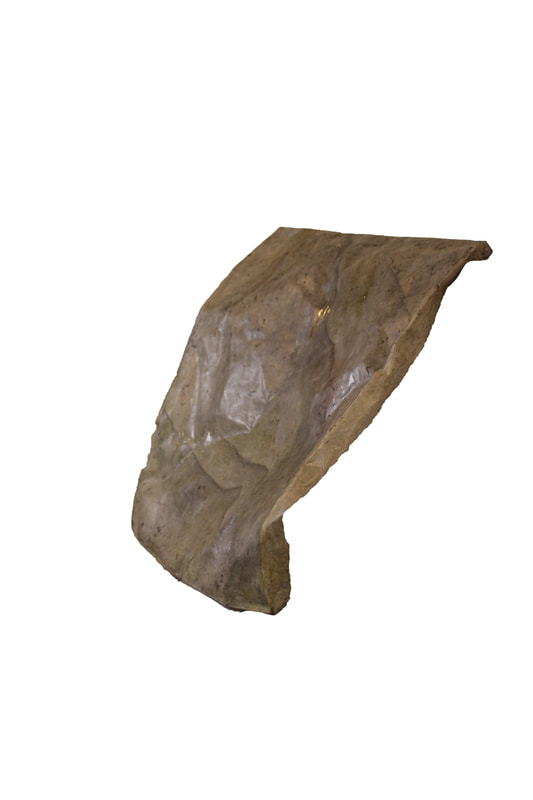 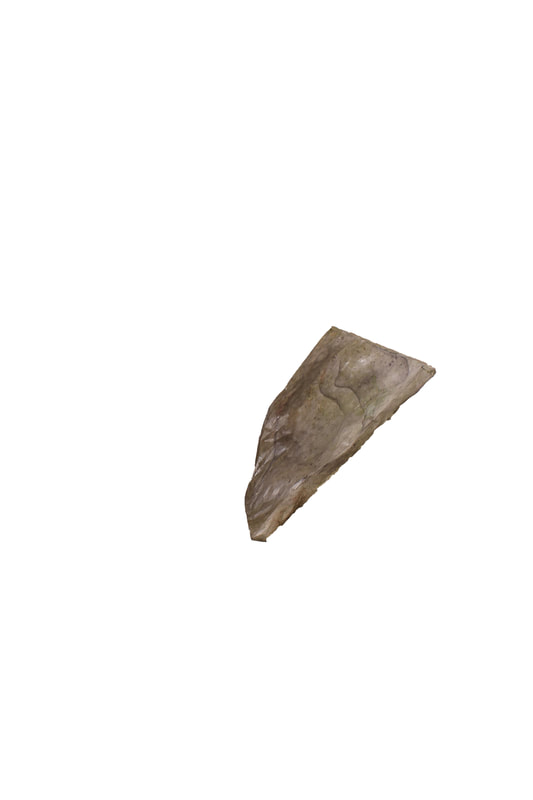 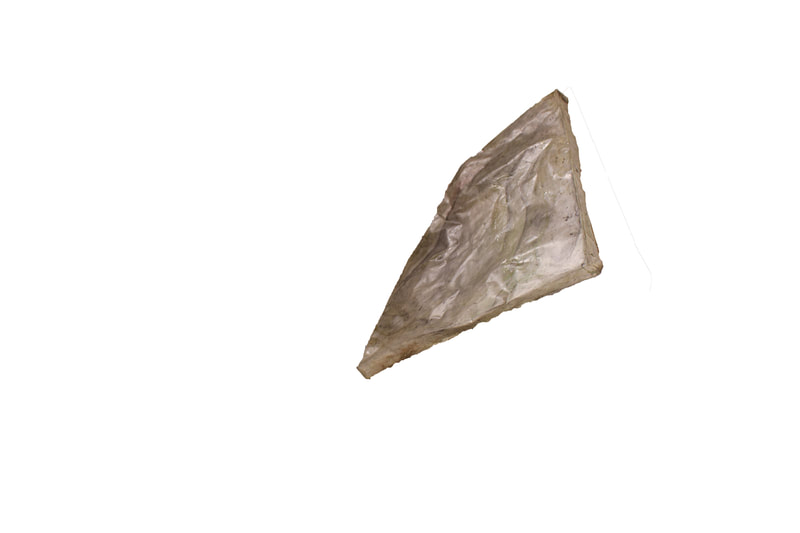 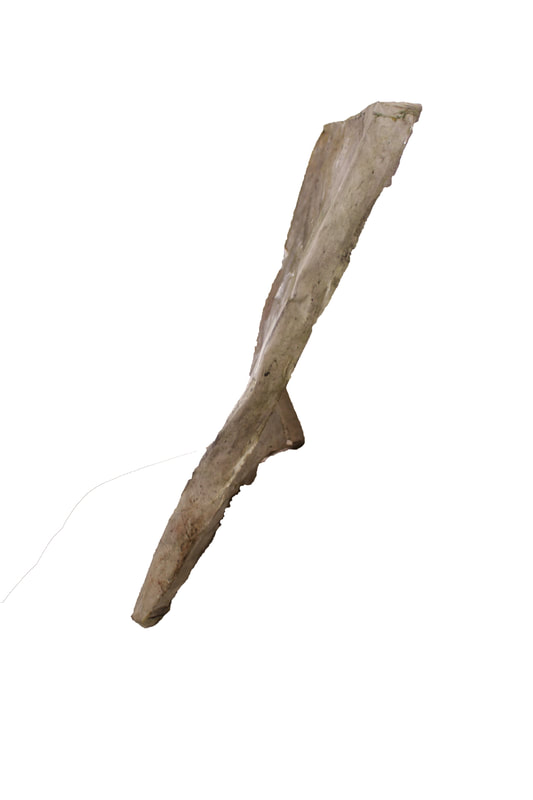 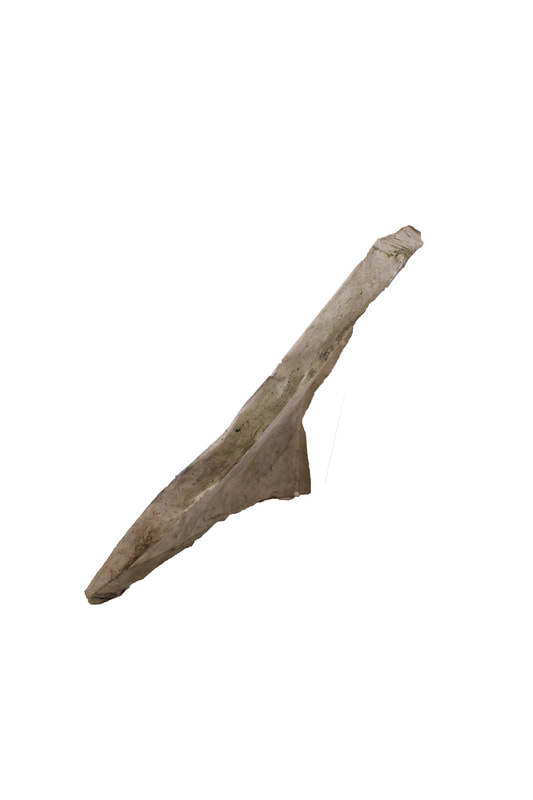 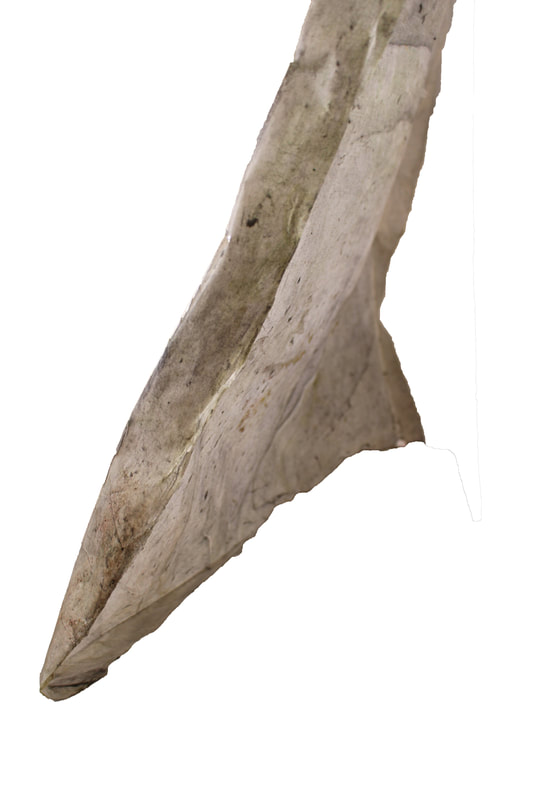 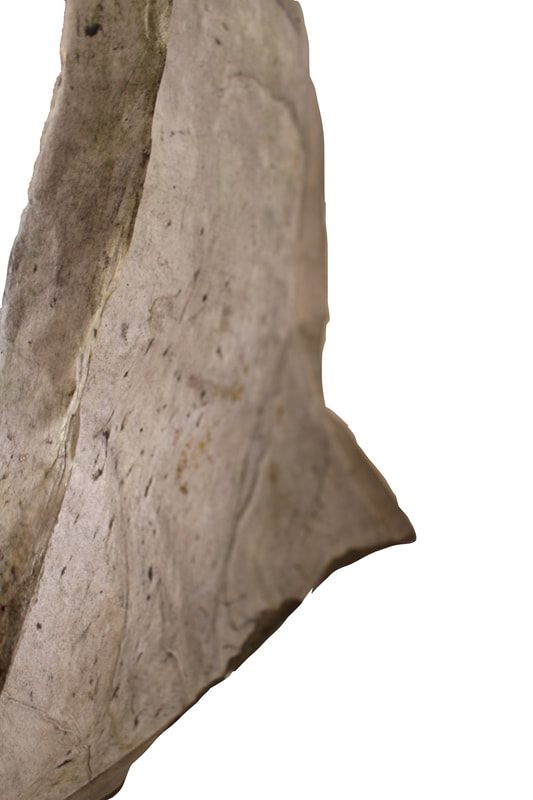 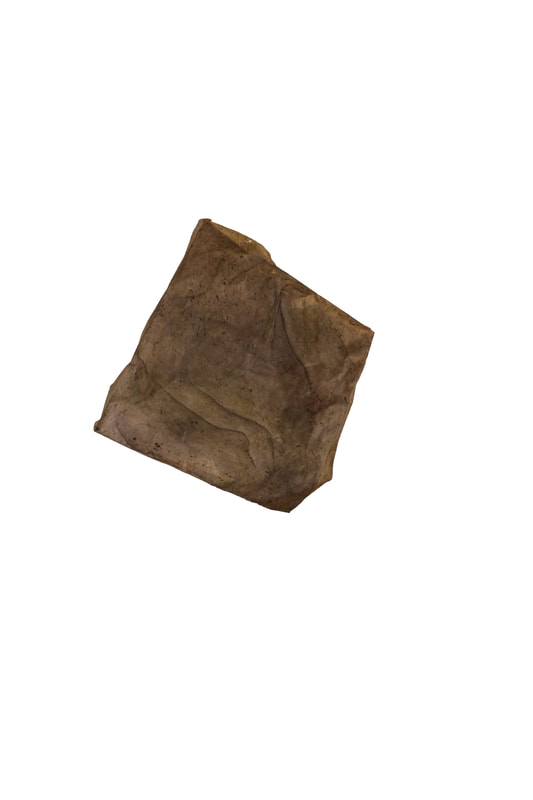 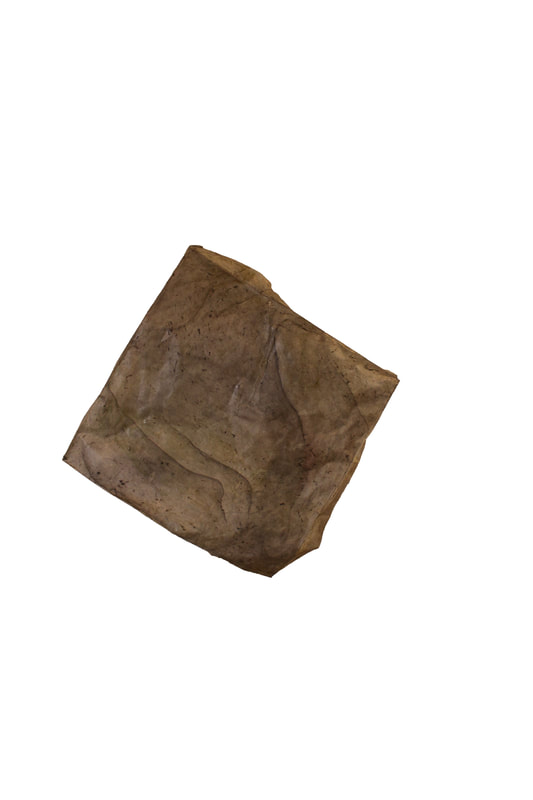 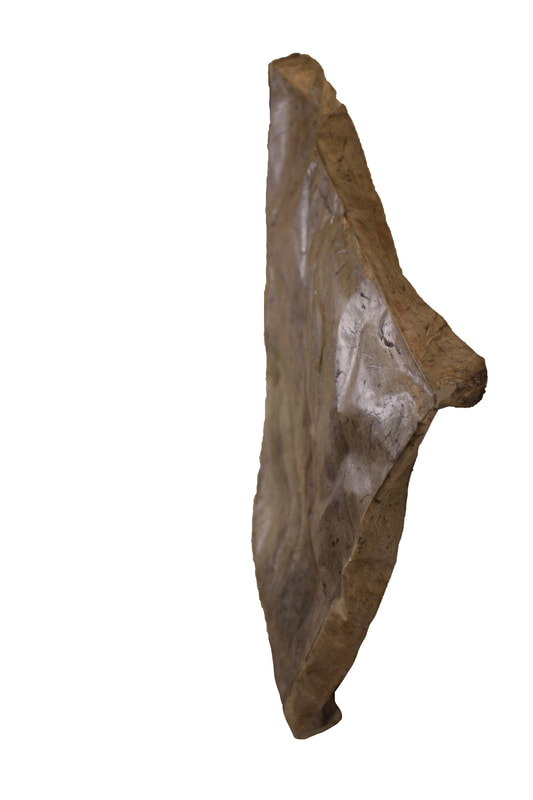 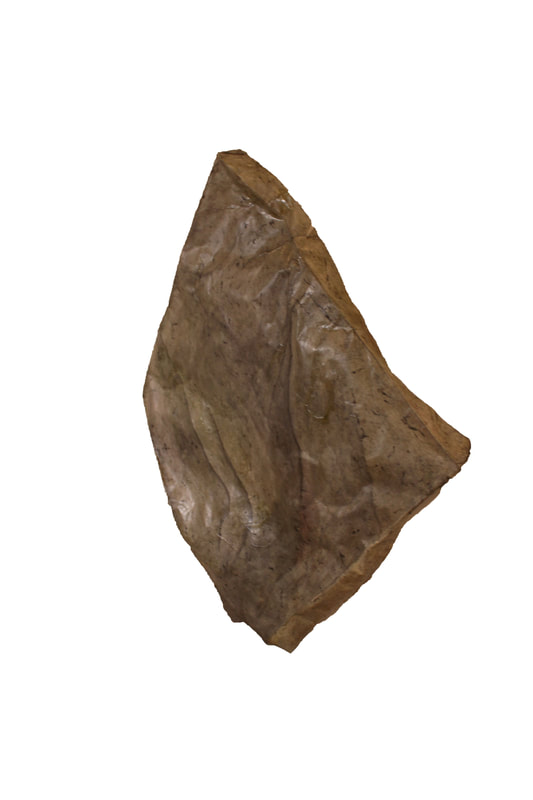 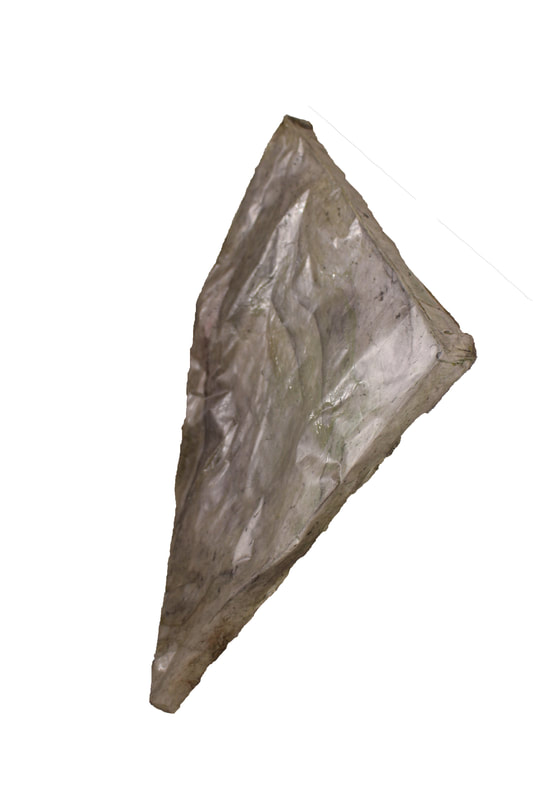 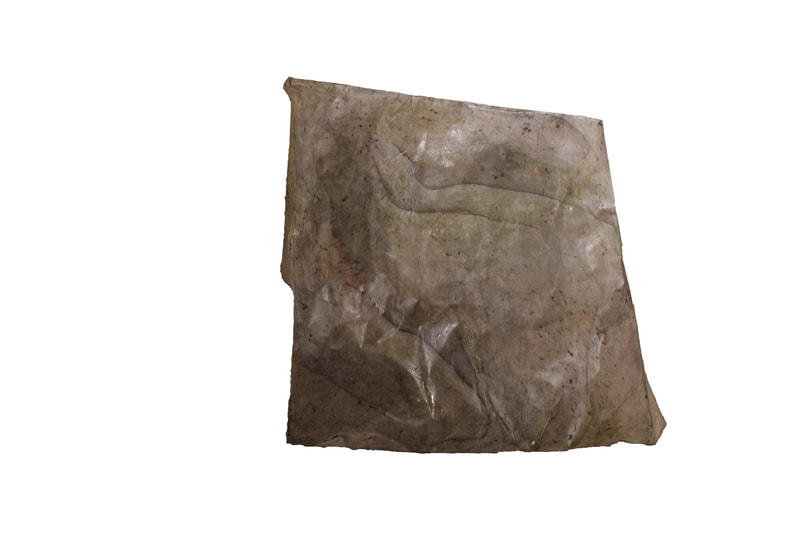 The paintings are peeled*, in a band-able, relocatable, and three-dimensional structure of surface.
​
Expanding the flat role of an artwork in the living space into the more engaging object, the artworks become somewhat 'important anything.' The transformation of a two-dimensional artwork is inevitable to play with human body movements. More the works are crumbled, touched and mingled into the living scene, heavier the narrative-transformation strikes.
​
If you can crush the used-to vibes in the daily living experience, why not wear a peel of a painting? Either put on top of the head, wear around like a cape, or snuggle under its surface like it's a nice piece of bed sheet. Subtle texture and slight physicality adds the scatter of lights, and the fake flow created from the drawn shadows fools the unreliable oddness to our perspective with its exaggerated flatness.
Peel 1, wearable (body engagement). 2022

mingling into the human body movements

The collaboration of the Flattened Scenery inside the Painting and Human Body Movement creates an Another Dimension of Perspective. The form of the half revealed body figure and its movement engages with the painted surface.
Peel 1, body engagement (movement). 2022